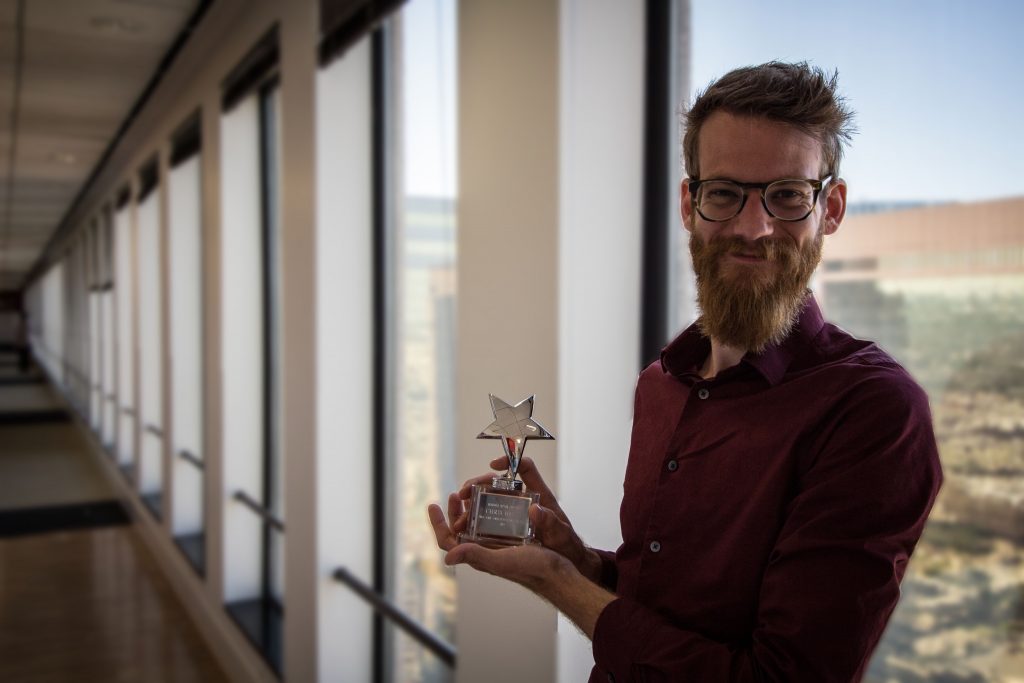 As Southwest Media Group’s Digital Strategy and Programmatic Media Manager, Chris Hunt has been a passionate leader within our programmatic media team. Since joining Southwest Media Group a little over a year ago, Chris has been an integral part of furthering our strategic thinking and “media everywhere” approach. His efforts were recently recognized by his alma mater and he was awarded with the 2015 Art Institute of Dallas Rising Star Award.

The prestigious Rising Star Award is presented to an Art Institute alumnus who has been nominated by a professor, selected by and alumni board and finally, chosen by the President of the institute. Chris was awarded this honor by demonstrating the following:

Congratulations to Chris Hunt from all of us at Southwest Media Group! He could not be more deserving of the 2015 Art Institute of Dallas Rising Star Award.